In the statement signed by Asiwaju Nurudeen Akinade, they expressed their delight over the emergence of Ekanola who is an indigene of Ibadan .

They however maintained that it is important for the Vice-Chancellor to be an indigene of Ibadan city.

Their statement read: “The good people of Ibadanland as well as lovers and friends of Ibadan City hereby express their sincere gratitude to the Visitor to the University of Ibadan, the President and Commander-in-Chief of the Armed Forces, Federal Republic of Nigeria, President Muhammadu Buhari, GCFR, the Hon. Minister of Education, Chairman and the entire members of the University Governing Council, the University Senate, Immediate Past Vice Chancellor, Prof Idowu Olayinka, University Management, all the contestants for the Office of the Vice Chancellor, the various Unions on the Campus, all the major Stakeholders and the entire University Community for the emergence of our dear son, distinguished Professor of Philosophy and the immediate past Deputy Vice Chancellor, Prof Adebola Ekanola.

“We are very glad for the emergence of the first Ibadan Man as the Acting Vice Chancellor of University of Ibadan through a clean, decent and historic process. During a keenly contested Senate election which held on 30 November, 2020, Ibadan-born Prof Adebola Ekanola polled 275 Votes to defeat other four (4) contenders who collectively polled 122 votes.

“Ibadan Pillars which has always been at the forefront of having an Ibadan Indigene as the VC UI without sacrificing merit, hereby appeals that an Ibadan Indigene should be considered as a substantive Vice Chancellor who will succeed Prof Ekanola after the expiration of his 6 months acting period.

“It is OUR PASSIONATE APPEAL, as this remains the most important position that can make the entire sons and daughters of Ibadanland as well as the friends and lovers of Ibadan City to be extremely happy and fulfilled.

“This is an Ibadan Agenda. We appeal to those who are not favourably disposed to this our idea, to reason along with us by appreciating our patience for almost four decades of the existence of the University without an Ibadan VC.” 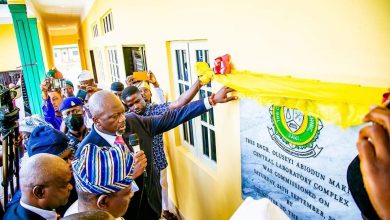