It has been revealed by the Special Assistant to Oyo State Governor on Arewa, Alhaji Ahmed Mutala, that nothing incriminating has been found on the travellers who were apprehended by the Oyo State Amotekun Corps,after a thorough search was done.

Recall that on Tuesday, 2nd August, 2022, it was reported that 140 travellers from Zamfara State comprising of 134 males and 6 females, were intercepted by Amotekun Corps at Bodija Market, Ibadan, some of which were reported to have jumped off the truck and ran away on sighting the corps, due to fear of being arrested.

According to reports, the travellers were allegedly heading to Ogere town, in Ogun State from Zamfara State.

Speaking with journalists at the Amotekun base in Ibadan, a plank trader (name withheld) who sighted the truck with the travellers said: “I was at Iyana Bodija around 1pm, when I saw the blue trailer carrying some Hausa and foodstuffs, they were many.

“Before I could call security men, they have by-passed me and I saw them discharging some of the people into the market mixing with people.

“I called the security operatives to inform them about the development. They later came around and intercepted the vehicle and the travellers.

“Initially, we want to profile them in the market but we sensed it might lead to crisis since there are many of the Hausas in the area”, he added.

Soon after the interception, it was reported that the Amotekun corps in collaboration with other security agencies searched the intercepted truck to ascertain their mission, however, it was revealed that nothing incriminating was found on the travellers.

In the meantime, Alhaji Ahmed Mutala has expressed displeasure at the number of people in the truck traveling across the states, considering the security situation of the country. 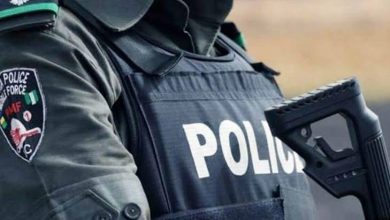 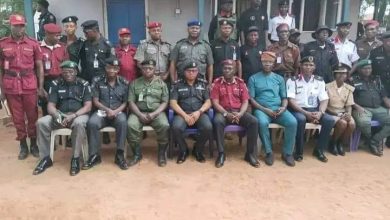