A former member of the Oyo State House of Assembly and a chieftain of the People Democratic Party, PDP, Hon. Abioye Mathew Adegboyega has rejected his appointment as a board member of Agricultural Credit of Oyo State.

Adegboyega was appointed by Governor Seyi Makinde. The appointment was conveyed to him through a letter signed by Secretary to the state government, Mrs Olubamiwo Adeosun dated 1st December, 2020.

Hon. Abioye did not state any reason for rejecting the appointment but said that his being in politics is not about holding elected or political appointment alone but to discharge his divine mandate of leading the people and impact positively on their lives.

He added that though he has not been contacted by either the Governor or any of his aides to ask him reason for rejecting the appointment, he still remains bonafide member and supporter of Governor Seyi Makinde-led administration in the State.

It would be recalled that Hon. Abioye Mathew Adegboyega was a two term member of the Oyo State House of Assembly representing Ogo Oluwa/Surulere state constituency between 2007 to 2015.

Indications That Makinde May Work For Atiku, As Ladoja Brokered Truce Between Duo 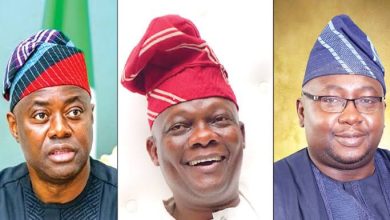