Oyo state deputy governor, Engr. Rauf Olaniyan, has revealed that he was not involved in the “selection” of PDP candidates for the 2023 general elections in the state.


Olaniyan disclosed this on Wednesday while answering questions from journalists in Ibadan.

He said a totalof four political parties are currently wooing him with their governorship tickets.

According to reliable sources, the deputy governor said the rumours surrounding his defection to another party was spreading like wildfire because he had stayed aloof.

Olaniyan described the primaries that produced PDP candidates in the state as “shenanigans.”

He said: “You are not suppose to guess because on Sallah day I told the people the truth from my heart. I am a Muslim, let Almighty Allah determine your movement. So, if Allah says, wait in PDP, I’ll wait, if He says I should go to APC, I will go, and if He says I shouldn’t go to either APC or PDP but go elsewhere, that’s what I will do. If He says I should go away from politics, I will go away. I am not looking for what to eat or drink, let’s just wait for Almighty God to speak and we will know what to do.

“Why the speculation is always coming up is because I have decided to stay aloof, all through the nominations and so. I haven’t bought any nomination form and I didn’t participate in the PDP shenanigans. I called it shenanigans because we know all the anomalies that has been going on.

“You can claim some people are not important, but let’s wait and see. Like I have been telling people, I am still a bonafide member of the PDP as at now, but 24 hours is a long time in politics. Anything can happen anytime.”

“I have paid my dues in so many parties. I was part of the founding members of ADC in Oyo State. The parties all offered me tickets but I have told them to allow God to speak. To be the governor is not my headache.


“I may not have money but I have two things. I have my Omoluabi ethos and I have people who cherish Omoluabi. In Yoruba land, if you say money and integrity, we place premium more on integrity more than money.


“I did not confirm to you that I have joined another party or left the PDP because I haven’t actually.”

On why he did not participate in the politicking and endorsement of PDP candidates in the state, Olaniyan said: “Because when they are doing things, they sidelined me. Should I pretend that they called me? No.”

While reacting to the meeting the governor had with members of the House of Assembly on Tuesday, Olaniyan cautioned people to stop speculating. He noted that the governor has the right to meet with the lawmakers on any issue at anytime. 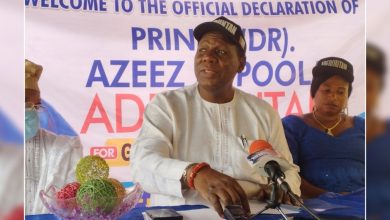 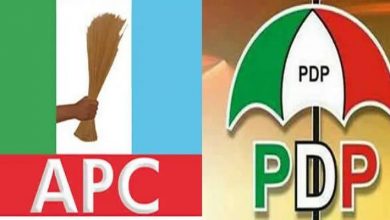