Barely four months (4) after the death of former Oyo state governor; Otunba Adebayo Alao-Akala, the Seyi Makinde led adminiatratoon of Oyo state has discloswd to immortalise the former governor by naming the 76.67-kilometer Ogbomoso-Iseyin route after him.

Makinde, who announced this on Wednesday at the road’s flag-off ceremony, pledged that when the road is finished, it will be named after late Akala.


During his time, the governor stated, late Akala made significant contributions to the growth and development of Oyo state.

Akala was supposed to start road work before his death, according to the governor.

“Somebody would have been here today with me for this flag-off but God decided to call him before this date. I spoke to him and mentioned it to his church that day. This is someone, who has contributed immensely to the growth and development of Oyo State. 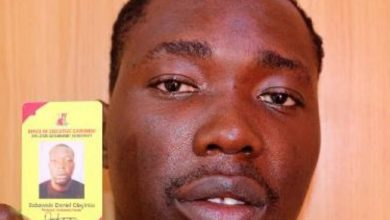