The Monday hearing persisted for 13 hours and was closed at about 11:20 pm-midnight with sources stating that the Yoruba activist may not be immediately extradited to his home country, Nigeria.

A source within the court revealed that Igboho would not be set free. “The problem is with the extradition, and there is a lot of politics going on”.

Another source added that Igboho repeatedly pleaded with the court not to be sent back to Nigeria for the fear that he may be killed.

Details of the final judgement are still crude, but the sources say the judgment shows indications that there will be no immediate extradition for the Yoruba cultural activist, who was declared wanted by the government of Nigeria.

Supporters of Sunday Igboho, barred yesterday from observing his trial.

At about 7.30 pm, the police disbanded them from the court premises after waiting for about 12 hours.

The strict security personnel, who arrived in two Hilux vans, commanded that everyone, including journalists, should leave the scene. 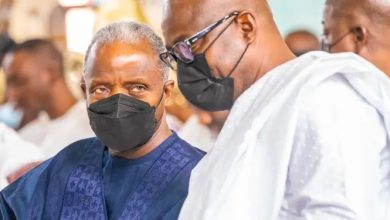