The mileage so far leveraged by the Senator Abubakar Bukola Saraki-led Peoples Democratic Party (PDP) Reconciliation and Strategy Committee is a pointer that the initiative of the party’s National Working Committee (NWC) to set up a six-man team to embark on reconciliation of members and formulation of strategy for the way forward is the saving grace of the leading opposition party.

The committee headed by former Senate President, Dr. Abubakar Bukola Saraki and consisting of other prominent members like another former Senate President Anyim Pius Anyim, former governors Ibrahim Dankwambo, Liyel Imoke and Ibrahim Shema of Gombe, Cross River and Katsina States respectively as well as former House of Representatives leader, Hon. Mulikat Akande Adeola, has been a positive turning point for the PDP. It is the new source of good news and hope in the major opposition party.

The work of the committee has put a halt to the hemorrhaging that PDP suffered in recent times as the ruling All Progressives Congress (APC) has perfected the use of poaching of PDP members as a perfect cover to paper over the cracks in its own fold.

The Saraki-led reconciliation and strategy committee has re-energized the opposition party and made it possible for PDP to get its groove back.

With the committee moving round from Jos to Minna, Abuja to Abeokuta and Lagos to Owerri and holding meetings with principal stakeholders across board, there is the fear that it is susceptible to manipulations and machinations of internal and external saboteurs.

The actions and activities of the Saraki committee has brought hope. The committee is moving round to douse tension wherever there is apparent disagreement or the mere mention of it.

Last week, the committee waded into the budding crisis in the South-west, where there has been open confrontation between former Ekiti State Govenorr, Ayodele Fayose and Governor Seyi Makinde of Oyo State It successfully met the former governor of Ekiti State, Ayo Fayose. And the tension was doused.

However, in all affairs of life, there are some elements in both the APC and PDP that are afraid of the success of the reconciliation and are therefore plotting to derail the efforts.

The APC elements know that the success of the reconciliation will put PDP in a powerful position to give the ruling party, with all its internal contradictions, a good run for its money in the 2023 elections.

In the PDP, there are individuals who are envious of the success of the committee and believe it may end up shoring up the profile and future ambition of the members. These elements will rather the committee does not succeed so that the members do not claim the glory of being the ones that revived the PDP at a critical stage and a crucial time in its history.

The intra-party rivalry and manipulations may also constitute an albatross and stumbling block to the committee.

The APC elements who are afraid of the success of the Saraki committee have been sponsoring media campaigns against the PDP and and its new peace efforts. APC leaders are also believed to be the ones fueling some of the disagreements among leaders of PDP, particularly in the South-west. It is believed the opposition against the activities of Oyo State Governor, Seyi Makinde, was the handiwork of some APC leaders sponsoring the division.

Makinde is the only PDP governor in the South-west. The question is who are they using for this obvious destabilisation role? Is it a surprise that Fayose who is known as an ally of the APC National Leader, Senator Bola Ahmed Tinubu is the one at loggerheads with Makinde?

Many have also said that if it had been when Ibrahim Magu was the EFCC chairman, the anti-graft agency would probably have been deployed to harass PDP committee members. However, with the new dynamic and seemingly focused leadership under Mohammed Bawa, it is unlikely this arm-twisting strategy can be relied upon.

Also Read  Marlian kids : Amotekun did the right, albeit using the wrong approach

As for the PDP leaders who may want to derail the committee, their strategy is two pronged: Sponsor negative stories in online and offline media against the members and their activities and encourage some of the aggrieved parties to be recalcitrant and obstinate.

A source said, “what these PDP internal saboteurs do not know is that the assignment the reconciliation and strategy committee has is greater than the interest of the members. It is an assignment that hits at the core of our democracy. To have a good democracy, we must have a vibrant opposition. The only opposition party in this country today is the PDP. Thus, it is important to the country for the PDP to be well organised, focused, coordinated, united and ready to be a good alternative to the APC.”

Another commentator said: “ The alternative to a strong PDP is to have a one-party state which is akin to dictatorship. And if you look at our situation critically, may be one can even say ‘why not’ to a one party state if the ruling party is providing good leadership, good governance and leading the country to fulfill its destiny as a giant among the nations of the world.

“However, what you have is a dominant or ruling party which is gradually leading the nation to ruin and reversing the gains of the PDP years. Nigeria is more divided than she has ever been. The economy is in ruins. The security is nil and she is almost a failed state. Such a government can never be a desirable one party. It should even not be the dominant party.”

It is believed that a strong PDP that can provide good challenge to the APC becomes more necessary and inevitable because there is no likelihood that a third party can emerge or do well at this point in time. Despite the media noise of a third force, it is not seen how the sponsors of a mega party can meet up and play an active part in the politics of 2023.

The resources, time and the courage or organization needed to repeat the 2014 experience when APC was created are generally lacking in Nigeria of today.

Also, the governors who could drive such a foundation of a new party as it happened in 2014 lack the courage and ability to lead such initiative and challenge.

Thus, a new party that will ignite the fire of a third force is not a possibility before the next general election. The country is therefore stuck with the APC and the PDP as the two options.

In that case, it is in the interest of Nigeria to ensure that the PDP is rebuilt, refocused, rebranded and reorganised to give Nigerians a good alternative in 2023.

That national goal or interest is the reason why the PDP reconciliation and strategy must succeed and deserve the support of all Nigerians.

A political analysts put it this way: “All pastors, imams and clerics as well as free thinkers should in fact pray for the efforts to rebuild PDP to succeed so that democracy can be revived in our country and have a great chance of survival. We must all support the PDP reconciliation committee to succeed.” 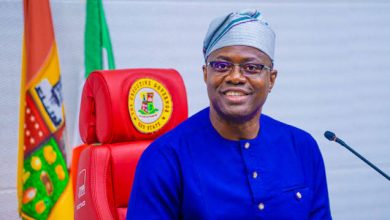 Bowls Without Food: The Reality of the National Home Grown School Feeding Programme in Oyo State