The Baale ( traditional ruler) of Alemuloke /Sango in Ibadan, Chief Ganiyu Lawal Ajibade has pledged his support to the Ibadan Polytechnic Rector, Professor Kazeem Adekunle Adebiyi, praising him for ensuring that relations between his students and the host communities of the institution remained peaceful by introducing proper disciplinary measures in the institution.

In his response, the Polytechnic Rector, Professor Kazeem Adekunle Adebiyi thanked his visitors and also praised the community leaders for their positive collaboration with the institution, telling them that they also played their part in ensuring that relations were cordial.

He further commended the community leaders for always responding to the institution’s invitations to stakeholders’ meetings as well as their presence at the town and gown meetings which aided the management in taking the vital decisions that have led to the aforementioned improved relations . 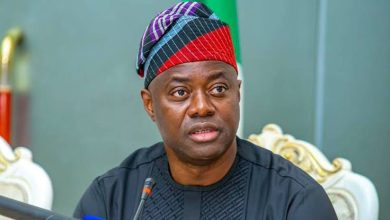