Shops have been abandoned and three people allegedly shot at Onidore, Ogundipe Street, Oranyan, Ibadan. This happened on Monday when some hoodlums laid siege in the area.

People who lived in this vicinity said they couldn’t ascertain the reason behind the violence.

But, a source in contact with Ọ̀YỌ́ M’ÈSÌ Ọ̀RỌ̀ stated that the problem began around 8 pm when youths in droves, struck the area and started commercial and motor activities.

Motorists and petty traders were mostly at the receiving end of this violence and means of livelihood were vandalised and destroyed, by these Hoodlums.

We reached out to one of the victims, Badmus Yusuf, who claimed to lose the sum of N800,000 in his shop to these hoodlums, said, “as a result of the chaos, some residents of the area were forced to vacate their homes for fear of being attacked.”

“Of the four people that sustained bullet injuries, only one young man had a life-threatening case. He had been rushed to the University College Hospital, Ibadan.”

Oba Wahab Nureni Ajijola-Anabi, The National President of Soludero Hunters Association, indicated that it was the collaboration between Amotekun and his hunters that was able to curb the violent acts.

In his report, “We reported the incident at Idi Aro Police Station. I saw some of the boys. The young boys carried two guns. They intended shooting one person but the bullets hit three other people. We hunters drove them away. I thought they had gone only for them to regroup.

“They regrouped around midnight. We were helpless because they ran into densely populated areas to evade arrest. We observed that they are young boys. We only shot into the air to scare them. The Amotekun operatives later joined us to drive them away. They vandalised vehicles and looted shops.”

Furthermore, the Police force vehemently denied the statement that the anarchy was reported at the Idi Aro Police Station.

The Oyo State Command, Police Public Relations Officer (PPRO), Olugbenga Fadeyi, reported, “The Divisional Police Officer said it is a blatant lie, that there was no such report at the station. Notwithstanding, efforts have been intensified to know if anything of such happened or not.” 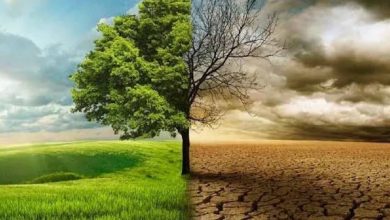