Following the death of a former governor of Oyo state, Chief Christopher Adebayo Alao-Akala, incumbent Governor, ‘Seyi Makinde has paid a condolence visit to the family of the late governor in his hometown, Ogbomoso.

Speaking during the condolence visit, the governor expressed great sadness at the sudden demise of the political icon and said the state has lost one of the most experienced politicians it has ever produced.


His words: “Governor Akala was one of the most experienced politicians this state has ever produced.

“He was a man who rose from the grassroots as a local government chairman to a deputy governor to an acting governor and finally a governor. Who else has that credentials? Nobody in this state.


“Even though we weren’t together politically, but in terms of our love for our state, we were together. He loved this state so much and he did his best for this state as the governor”, he added.

Governor Makinde further said that the death of the former governor came as a shock to him as they communicated a few days ago and he (Alao-Akala) had agreed to flag-off the Ogbomoso-Iseyin road project.

“Baba was supposed to flag-off the Ogbomoso-Iseyin road. We spoke 4 days ago and he told me that whenever we pick the date for the flag-off, I should give him 48 hours notice. His death is indeed a shock to me.


“This loss is not only for the family but to the state as a whole. We are all in this together”, he concluded. 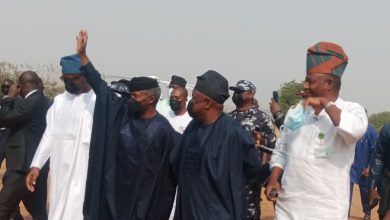